How many people are admitted to CIC and MTKDC every year?

How many persons are released from CIC every year?

Where are the detainees in CIC from?

The following chart shows all nationalities in detail on Dec 31 for a larger time period.

Usage note: “End of year” indicates the number of people on the last day of the year (ex. Dec 31, 2018). This means that the data shows the snapshot of the detainee population only on that day, and cannot be generalized to represent the whole year.

How old are the detainees in CIC?

This data shows a snapshot of the age groups in CIC on Dec 31, and thus cannot be generalized to represent the whole year.

What is the gender of detainees at CIC?

Click on the items in the legend to filter out different categories.

Where are the detainees in MTKDC from?

This data shows a snapshot of the nationalities of detainees in MTKDC on Dec 31, and thus cannot be generalized to represent the whole year.

How old are the detainees in MTKDC?

This data shows a snapshot of the age groups in MTKDC on Dec 31, and thus cannot be generalized to represent the whole year.

What is the gender of detainees at MTKDC?

This data shows a snapshot of MTKDC on Dec 31, and thus cannot be generalized to represent the whole year.

Is there a recent snapshot of detainee demographic data?

These visualizations show demographic data of detainees who were at CIC on July 31, 2021. Click on the arrows to navigate to nationality, age, sex, and immigration status.

These graphs show demographic data of detainees who were at CIC on the end of each month of 2021. Click on the arrows to navigate to nationality, age, sex, and immigration status.

Who was detained at CIC in the past five years?

These graphs show demographic data of detainees who were at CIC on the end of each month between 2017 and early 2022. Click on the arrows to navigate to nationality, age, sex, and immigration status.

How many people are detained at TTGCI?

Tai Tam Gap Correctional Institution (TTGCI) was reopened on 28 May 2021 as an immigration detention facility.

This data shows a snapshot of TTGCI on the last day of each month, and thus cannot be generalized to represent the whole year.

How many minors are held at TMCJH?

CIC and TTG are institutions that only hold adult detainees. Migrant children would be held at Tuen Mun Children and Juvenile Home, which holds both local and migrant children.

Where are detainees strip searched?

How many complaints are made by detainees every year?

Which institution are they made at?

How many complaints (in total) are filed against the Immigration Department?

What do we know about violence in detention?

There is data on physical confrontations at the two main detention facilities managed by the ImmD. This graph shows data from CIC.

Is there a lot of violence?

How many people are injured as a result?

How many detainees receive penalties as a result?

What do we know about violence in MTKDC?

How many emergency ambulances are sent to immigration detention facilities?

Click on the arrows to navigate between the visualizations.

How many Justices of the Peace visits were made to CIC and MTKDC?

Justices of the Peace (JPs) visit designated institutions and acts as a channel for people in prisons, detention facilities, and hospitals to express views and file complaints. JPs also make suggestions to improve institutional facilities and services.

What complaints, requests, and suggestions were made?

What enforcement actions are conducted by the Immigration Department?

Deportation vs Removal Deportation occurs when a person commits an offence and is banned from the territory for a fixed period of time or for life. Removal occurs to “restore the person to the place from whence [they] came” with there is no ban on return.

How many (non-ethnic-Chinese) persons are removed every year?

This chart shows the number of non-ethnic Chinese (NEC) persons removed from Hong Kong every year, and is not limited only to non-refoulement claimants. NEC is a category defined by the government.

How many persons are arrested for immigration offences?

Of those arrested, how many have been convicted?

How many non-refoulement claims are filed and determined every year?

“Claims made” are claims filed by non-refoulement applicants. “Claims determined” are claims where a decision was made on the claim (ie. approved / rejected). “Outstanding claims” refers to claims that are still being processed through the system.

Who is currently in the process of their USM claim?

Click on the arrows to see demographics of USM claimants (at Sept 2021) with outstanding (ie. pending) claims. Demographics include nationality, age, sex, and immigration status.

What are the nationalities of the substantiated claimants in the USM?

A substantiated non-refoulement claim is one that has been approved, which allows the claimant to remain in the territory.

An increasingly large proportion of USM claims are substantiated on appeal.

This suggests a high rejection rate of USM claims at the initial application stage to the government.

80% of applications to work by USM claimants have been approved.

Non-refoulement claimants whose claims have been approved are not automatically granted the right to work. In order to work, one would need to apply separately to the Immigration Department. The request for approval to work is not considered through a formal system but on a “case-by-case” and “exceptional basis“.

How much is spent in relation to non-refoulement claimants?

How much is spent on repatriating people?

These figures indicate expenditure involved with repatriation of persons, including but not limited to non-refoulement claimants.

How much does it cost to detain people at CIC?

How much does it cost to detain people at MTKDC?

How much does it cost to detain people at other control points managed by the Immigration Department?

How many prisoners are held in Hong Kong’s prisons?

Approximately one third of prisoners are foreigners.

How many complaints are filed against the CSD?

These include complaints filed by persons in custody, the public, and staff.

What types of complaints were investigated?

How many incidents of self-harm occur in prisons?

Unlike the CSD, the Immigration Department does not maintain similar statistics.

How many victims of trafficking have been identified by authorities?

This chart shows how many victims of trafficking were identified by either the Immigration Department or Hong Kong Police Force.

Are there foreign domestic workers who are victims of trafficking?

What is the gender of victims who were identified?

This data shows the total number of victims of trafficking identified by the government in the time period between 2016 and April of 2018. 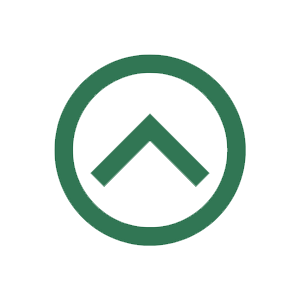